Lost Rolls: The Archive
Image 39 of 371
Prev Next
Less

People queue for gas in the shortages following the 1999 Kosovo War.

Certainly another era is upon us. I was glad to have captured what was going on and not often seen elsewhere.

I spent much of the 1990s photographing ceremonies in Africa. I thought the 50 rolls of undeveloped film I have are of those ceremonies. I was happily surprised to find 20-year old images of Serbia.

Slobodan Milosevic threw Serbia into chaos by driving to war in Kosovo. The already weak economy of this pariah country (not a member of the UN or other international bodies) experienced isolation and hyper-inflation. People struggled for basic daily needs. This was the last weekend of a 2-month lull after the war and the renewed start to opposition to Milosevic.

People will be curious about content and context. Why only young men only seem to be queuing? Can we learn anything about them from their gestures and interactions? 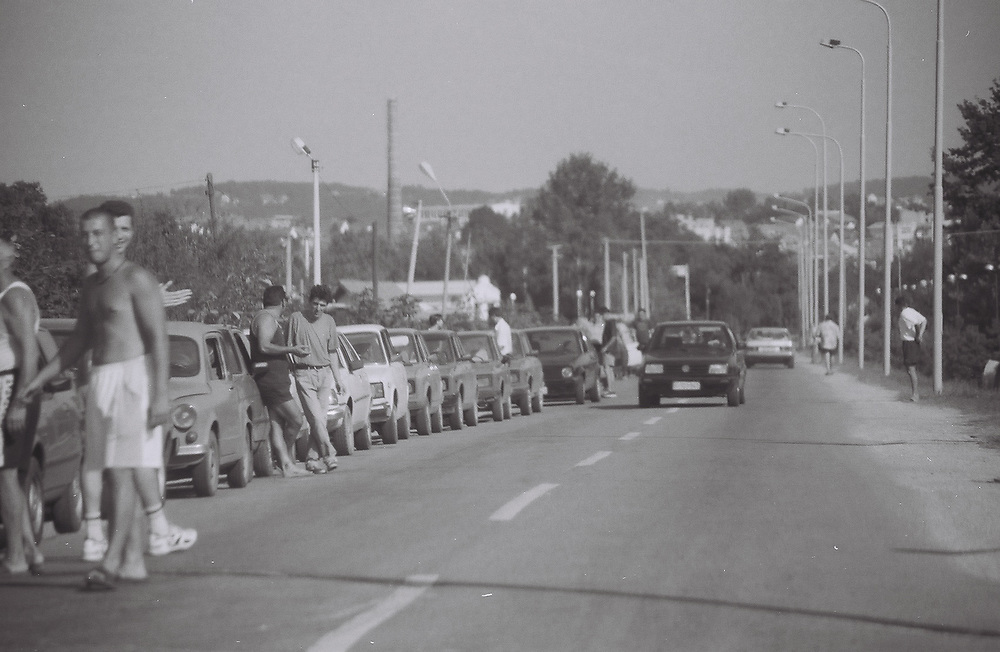