Lost Rolls: The Archive
Image 10 of 371
Prev Next
Less

When was this photo taken?

Where was this photo taken?

Germany, looks like somewhere along the Rhine River based on other photos on the roll

Who took this photo?

What are we looking at here?

This is a photo of my wife soon after she was born with her mother and farther, and one other unidentified woman.

How does this old photo make you feel?

I am just surprised, not at all what I thought I was sending in. At first I did not know who these people were, but when I enlarged the photo the woman on the left sort of looked like my wife. And then I realized it was mother-in-law and father-in-law. We still do know who the woman in the middle is, both of my in-laws have passed away, my mother-in-law just three months ago.

Is this what you expected to see?

No not at all, this is truly a "lost roll". This roll must have gotten mixed in with an old roll that was my father's, and one I shot with my father's camera, after my father-in-law passed away about five years ago.

What kind of memories does this photo bring back?

Just total surprise, it was so funny to be seeing this after so many years, I wish I would have sent the roll in sooner so my mother-in-law could have seen it.

How do you think others will respond to this photo?

I am not really sure, maybe as surprised as I was to be seeing a photograph from 54 years ago from a roll of film that was totally forgotten about. 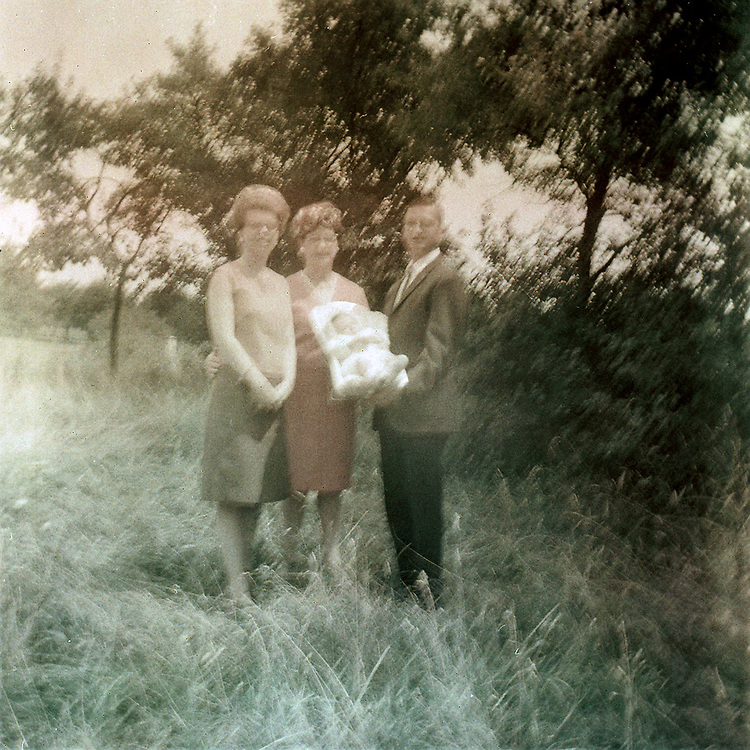