Lost Rolls: The Archive
Image 40 of 371
Prev Next
Less

Nevena Antonijevic holds her 8th grade graduation photo on a visit to her Dad in the last summer doldrum of 1999. The Kosovo War has just ended and the opposition to the government of Slobodan Milosevic is about to restart in a pariah country isolated and estranged from much of the world.

I feel a sense of accomplishment that I was able to capture the times and emotions as the country swayed from crisis to crisis. This was the last interlude - "coming up for air" I called it - between the major tumult of the Kosovo War 2 months earlier and the start of renewed opposition that month. We soon headed back to the capital and events were intense for the next 14 months. Nevena and I married 2 months later in Belgrade in the midst of mounting protest and turmoil.

I have 50 rolls of exposed film that I best recall as images of African Ceremonies I shot across the continent in the 1990s. I had no clue, and am happily surprised to learn, that some of the rolls are from the end of the Milosevic era - which I documented from Belgrade in tens of thousands of photos from 1997 through 2001.

"Coming up for air" - the peaceful moments between tumult; Nevena's family gathering in the yard. Trying to get around to visit them in a country without much gas.

People may feel as if they know something about her from this pensive moment. I welcome reactions as a photograph, like a person, is multi-dimensional. 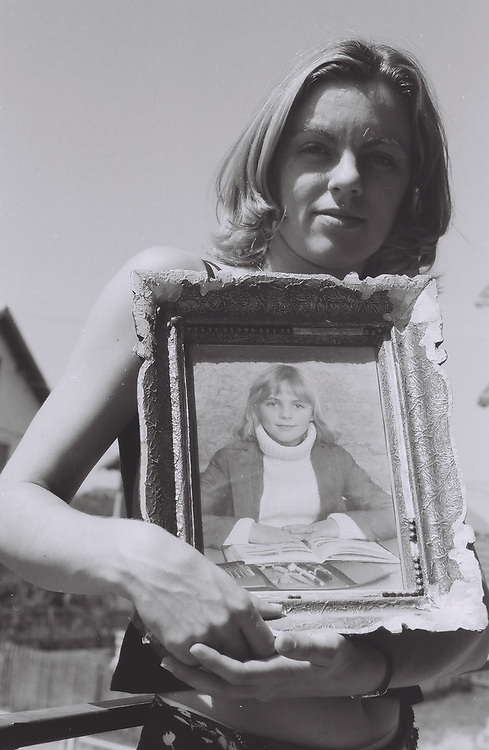