Lost Rolls: The Archive
Image 11 of 371
Prev Next
Less

When was this photo taken?

Where was this photo taken?

Who took this photo?

What are we looking at here?

My lost roll contained just two photos, taken in 2015, at a new year’s eve party hosted by a dear friend and neighbor, Dita Brodin. I found the camera with the undeveloped film after her death on April 7, 2020 at the age of 89. Dita was of Hungarian decent, born in NYC at Lenox Hill Hospital and then in 1938 her family moved to London when she was 7 years old. In 1940 Dita’s father was sent by government officials to the Isle of Man. Dita and her sister Katherina (Kiki) were sent to be boarded and educated at a convent escaping Germany’s blitzkrieg. Her father was eventually released after the authorities determined that he was not a threat. He went on to develop the Chromart process for color photography.

How does this old photo make you feel?

While in their twenties Dita and her sister Kiki moved to NYC. Dita married the love of her life Walter and after some traveling they settled in a suburb in New Jersey. As one can see from the photos, the house was decorated in grand fashion with artifacts collected during Dita’s travels. Dita had a personality that was larger than life, a gifted conversationalist, and very well read.

Is this what you expected to see?

The photos were a surprise. I expected a blank roll.

What kind of memories does this photo bring back?

Dita was considered a baroness but had zero regard for titles. Above all, she valued friends and neighbors and was dedicated to caring for animals and supporting their causes. She appreciated the love she received and returned it two-fold.

How do you think others will respond to this photo?

These photos are a tribute to Dita's next door neighbors Rita and Louis Labrutto, seated to her left and right in the photo. They cared for Dita after her husband passed away in 2003. It was a fantastic show of neighborly love and devotion. 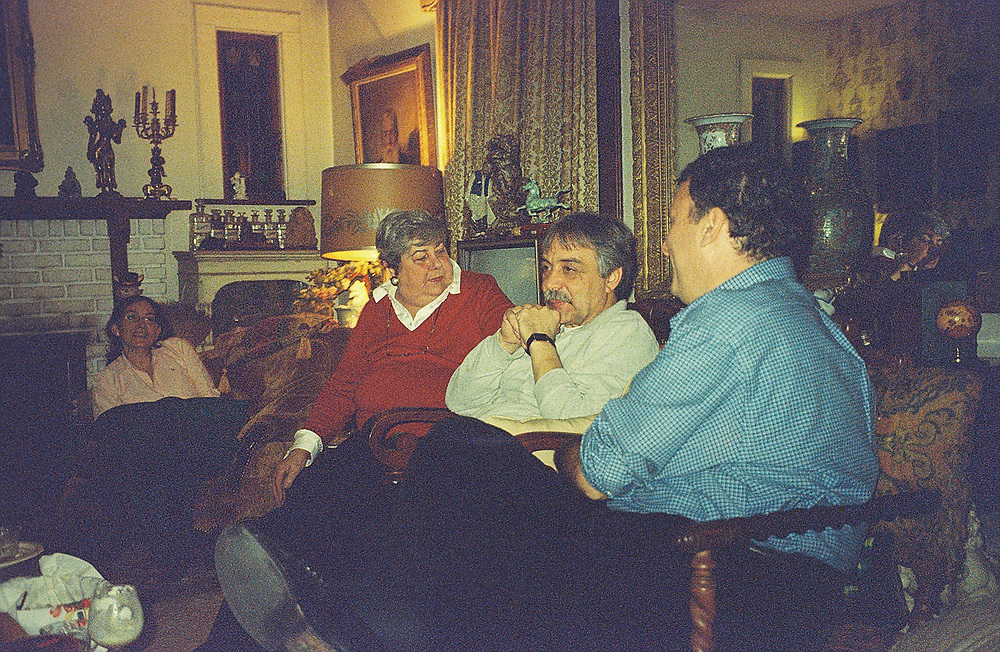